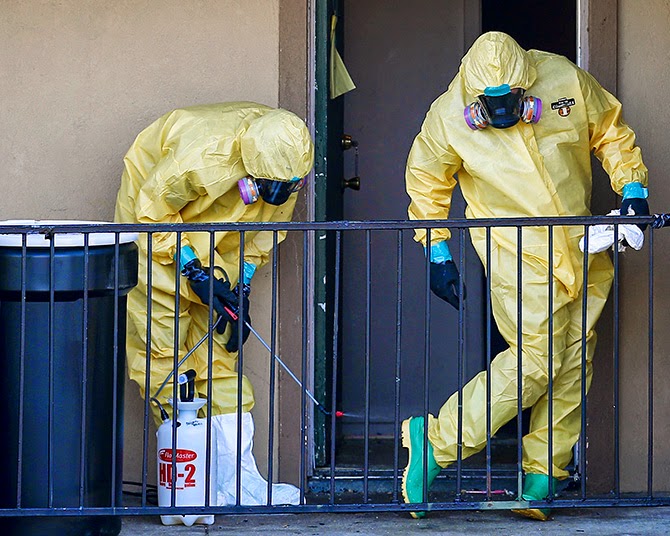 Their 21-day quarantine period is over, and I'm happy for them, but have been wondering why Thomas Eric Duncan's fiancee Louise Troh and her 3 children did not come down with Ebola, considering that they spent at least four days with the symptomatic Duncan in their apartment, and that it was Troh who drove him in her car to the hospital the first time, and that the family continued to be quarantined in that same apartment for a whole week after Duncan had tested positive before they were relocated for the apartment to be decontaminated (which in itself is an atrocity on CDC's and hospital's parts).


The only thing that makes sense to me, up to now, is that Troh and her children might have NATURAL IMMUNITY to the virus.

With this new thought in mind, I then googled "Ebola natural immunity". Lo and behold, there are indeed medical articles on exactly that, and in fact they go farther to say that this could help control and defeat the disease.

"... there is evidence from previous Ebola outbreaks that some exposed people do not develop symptoms, but it is not clear whether it is because they have developed immunity to the virus. / They conclude that finding out whether naturally immune people exist could make a big difference to efforts to contain Ebola, and could also affect the accuracy of projections. / The investigation needs to be as soon as possible, not only in order for any findings to have the chance to make a difference and save lives in the current outbreak, but because you can only be sure of finding individuals that are immune during an outbreak..."

",,, a high proportion of the Gabonese population is immunized against the disease: 15.3% possess antibiotics against Ebola, even in areas where no epidemic has ever been recorded . This was found recently by IRD scientists..."

On this possibility, the next thing that CDC should do without delay, if they haven't done so yet, is to check if Troh and her children actually carry the virus in their system. If so, the door to a new treatment is opening.