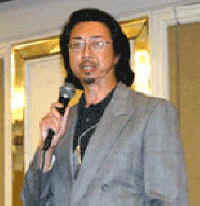 Anthony Marr holds a science degree from the UBC and has worked as a field geophysicist and an environmental technologist. In 1995, he became a full time wildlife preservationist, which has brought him to India three times, earning him the title of the "Champion of the Bengal Tiger" in the Champions of the Wild TV series aired in 20 countries. As an anti-hunting activist, he has conducted high profile campaigns in Canada for the bears and seals, and been to Japan twice for the whales and dolphins. He is the founder of Heal Our Planet Earth (HOPE) and is currently on his fourth Compassion for Animals Road Expedition (CARE-4), covering 40 states. He is also the author of Omni-Science.

In 1996, Anthony Marr, then a campaign director of Western Canada Wilderness Committee, led a province-wide referendum campaign towards banning bear hunting in BC. He personally performed a 12,000 km, 8-week, 50-city road tour to build a volunteer force which grew to 1,800-strong. Anthony was dogged and harassed by large groups of hunters from city to city (120 in Prince George), but generate some 150 newspaper articles, which said, "... the highest profile Canadian animal rights campaign of 1996... led by Anthony Marr with extraordinary intensity, barn-storming the province... stirring up emotions single-handedly from Vancouver to Fort Saint John." 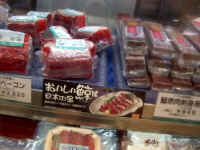 Anthony Marr played an active part in combating Makah whaling in Washington state. He also went to Japan twice to investigate whaling and the whale meat trade and conduct anti-whaling missions. Through the action he has taken a large collection of highly revealing photos of the various aspect of the whaling industry which he made into a PowerPoint presentation titled Know Thy Enemy 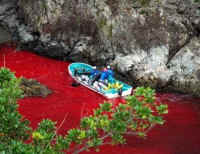 While in Japan, Anthony also investigated the dolphin capture-slaughter industry at Taiji and Futo, as well as conducted experimental dolphin-saving operations, photos of which being also included in Know Thy Enemy

Anthony has been active in the anti-seal-massacre movement since the mid 1990s, and is one of the leaders of the global anti-sealing movement. He has organized, led and participated in many high profile anti-sealing media events, including the Funeral Motorcade for the Seals. He has also performed a 100-km Funeral March for the Seals from Mission to Vancouver and Victoria. 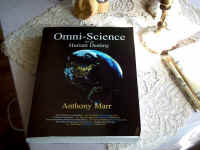 When Anthony Marr was 33, he went camping solo in the Africa savannah, sleeping under the stars amidst lions. What he brought back to Canada three months later was a new philosophical system known as the Omniscientific Cosmology, hailed as "original", "beautiful", "fascinating", “formidable“, immensely logical" and “ground-breaking“.

Anthony Marr has performed undercover operations in the Chinatowns of Vancouver, Victoria, Toronto, Ottawa, New York and San Francisco, as well as in the convoluted enclaves of New Delhi and Calcutta, as well as the dolphin-killing village of Taiji and the whaling port of Shimonoseki, Japan. After the investigations, he led media into the enclaves in question, which usually became high profile newspaper articles and TV broadcasts. This highly popular media coverage forced the federal government to pass and enact the WAPPRITTA wildlife protection laws within months.

Anthony Marr has led three deep-rural expeditions in India, to work inside the tiger reserves and with the villagers who live in the buffer zones surrounding the core areas. One of the strategies is to slow, halt and reverse deforestation by introduction of solar cooking and biogas technology to supplant wood-burning.

Posted by Anthony Marr at 5:49 PM No comments:

July 19, Thursday
Opening Plenary (7:15-9:30pm) - Prescott
Musical Interlude I - Marr
Opening Ceremony (the Three Candles)
[ What the three candles mean to Anthony Marr: 1. The animals’ suffering. 2. Our struggles to free them from this suffering. 3. Our eventual victory and their eventual emancipation. He will express this by means of Chopin’s Nocturne Opus 9 #2 on his electronic keyboard, while the candles are being lit. ]
July 20, Friday
11:00
Abuse of Animals for Amusement (videos and Q&A about circuses, zoos, rodeos, racing, hunting, 'sport' fishing, fur) - Gorski, Marr
[ Anthony will be speaking on dolphin captivity being intimately related to dolphin slaughter, the cost of fur in the context of the Canadian commercial seal massacre, and the convoluted system of corruption in the relationship between the hunting tradition and industry, the culling operators and the almost universally prohunting governments on all levels, as well as why the governments are almost always prohunting. “Know yourself and know your enemy, and in a hundred battles you will have a hundred victories.” - Sun Tzu ]
13:30
Amusement Campaigns (reports on campaigns to reduce animal abuse for fur, in rodeos, circuses, zoos, aquariums) - Marr, Phelps, Rossell, Vincent
[ While the previous session focuses on the problems, this session focuses on the solutions. Anthony’s solutions are almost always unconventional, involving his own inventions (e.g. the Deer Auto-Conveyor - DAC), and often effective. To gain maximum benefit from this session, the previous session is strongly recommended. ]
14:30
Wildlife Campaigns (reports on campaigns to reduce extermination of animals in fields and waterways) - Marr, Mead, Muller, Ng, Vasic
[ Anthony will be addressing the Canadian commercial seal hunt, the Japanese commercial dolphin slaughter, Japanese, Norwegian and Icelandic whaling, and the huge and spreading American deer massacre. Even if you have been working on these issues for years, you will still be astounded by some of the internal mechanisms and new developments. ]
15:30
Abuse of Wildlife on Land (videos and Q&A about hunting, trapping, and other abuse of animals in fields and forests) - Lawson, Marr, Muller
[ This session will concentrate on the burgeoning, escalating and proliferating mass slaughter of White-tailed deer, Black-tailed deer and Mule deer from coast to coast, both in terms of hunting and culling, as well as the planned extermination of the Fallow and Axis deer at Point Reyes CA. ]
July 21, Saturday
13:30
Engaging Ethnic Minorities (African-Americans, Latin Americans, Asian-Americans) - Garcia, Marr, McPhall, Plump
[ “Back in 1995, I was a Chinese Canadian not too informed nor passionate about animal issues. Then, one day in spring, two AR activists in the form of Peter Knights and David Baker came to Chinatown to talk about the bear gall bladder trade. They engaged me, and I have never looked back. If it happened to me, it could happen to the other 1.3 billion Chinese people in the world, and Indians, and Japanese.” - Anthony Marr ]
14:30
Keeping Exotic Companions (problems of breeding, trading, and keeping exotic companions) - Fisher, Marr, Tellem
[ Exotic animals are beautiful and fascinating, but they are not pets. Other than that adult tigers and crocodiles and anacondas are physically and temperamentally not viable as companion animals, their capture from the wild entails a huge amount of deaths and environmental degradation, and the international wildlife trade, at $10 billion per year, is second only to, and is closely intertwined with, the global drug trade. The root cause is the demand, which stems from America itself. ]
19:30
Plenary Session III (7:15-9:30pm) - Moncrief, Wilkens
New Issues Facing Our Movement (global warming, human population growth) - Dalal, Erenberg, Marr, Watson
[ Anthony Marr will first list the 7 Planetary Diseases, all caused by the dual factors of human population and per capita environmental impact, which includes global warming. Then, he will use collapsed and extinct civilizations, including Easter Island, the Pitcairn Archipelago, the Anasazi (NM/CO) and the Maya civilization (Meso-America), as microcosms and analogies of the not-too-distant-in-the-future Earth - an isolated island in space. He will then conclude with an urgent warning in the form of the parable titled “The Last Three Days of Earth”. ]
July 22, Sunday
11:00
Engaging Abroad (affecting public opinion and policies in other countries) - Clifford, Marr, Moncrief
[ Anthony Marr loves traveling, but he is not a tourist. Born in China, he is now a Canadian. Being a Canadian, he travels to India to save the tiger, to Japan to fight whaling and dolphin slaughter, and to the United States to battle deer extermination and even the Canadian commercial seal hunt itself. He finds campaigning in foreign lands as being much more effective than working at home, and he’ll tell you why, and how. ]
14:30
Effective Tactics for Wildlife (tactics for ending abuse of animals for amusement) - Lawson, Marr, Muller, Vasic
[ Anthony Marr’s forte is to think outside of the box and do things in unconventional ways. He has conceived of a new way involving interspecies communication to save dolphins from capture and slaughter, and tested it personally at Taiji, Japan. He has invented a new and stress-free deer relocation technology called the Deer Auto-Conveyor (DAC) on which he will experiment in his upcoming CARE-5 Deer Tour (see blog in www.MySpace.com/AnthonyMarr). And he will be using these new technologies in unprecedented ways. ]
Anthony Marr, founder
Heal Our Planet Earth (HOPE)
www.HOPE-CARE.org
www.myspace.com/AnthonyMarr
www.ARConference.org
Posted by Anthony Marr at 6:12 PM No comments: