Biodiversity Threat:
The traffic in endangered species for their skins,
organs, horns or as exotic pets is putting some of the
world's most vulnerable wildlife in dire peril. 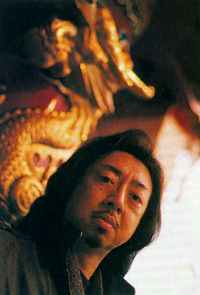 Anthony Marr knows what it feels like to be endangered. Last summer the Vancouver environmentalist was touring small towns in British Columbia, gathering signatures to force a referendum outlawing the hunting of bears in this Canadian province. Often the reception he got was downright hostile. Many people in the countryside claimed he was trying to destroy their livelihood and their heritage. ‘In Campbell River,’ recalls Marr, ‘a hunter pointed at me and said: “I saw you on TV this morning. The price on your head just went up $10,000.”’

Pretty frightening, but Marr has heard similar threats before, and often made in defence of a culture that is much, much older. Marr’s referendum drive was part of a larger, ongoing campaign (acronymed as BET’R) he has been running since November 1995 to stop the worldwide slaughter of bears, elephants, tigers and rhinos – big-game animals whose body parts are frequently used in traditional Chinese medicine. Marr is convinced that as Asia prospers and trade becomes further deregulated the demand for these animal parts will skyrocket.

Fortunately he’s in a position to do something about it. Since he was born in China and raised in Hong Kong, Marr figures he’s entitled to criticize things he grew up with that strike him as mere superstition. One is the belief that consuming part of a powerful animal gives strength to a corresponding part of your body. ‘When I was a kid my parents would give me things like bear gall and tiger bone as if it was aspirin,’ says Marr, who’s now 52. ‘Endangered species wasn’t part of my vocabulary at all.’

Consequently Marr spends much of his time speaking at Vancouver schools with large numbers of Chinese students, many of whom are hearing about the problem for the first time. He also speaks on Chinese-language radio talk shows. Sometimes listeners accuse him of defaming the Chinese reputation. Marr replies that, on the contrary, he is trying to save it: if we drive a species to extinction, he says, we can never regain respect in the eyes of the world.

‘A white person saying these kinds of things might be called a racist,’ says Marr. ‘But when a Chinese person is pointing the finger at Chinese culture, it’s more like self-examination.’

If public education is the long-term ‘yin’ of the BET’R campaign, the aggressive ‘yang’ is law enforcement. Until recently it was common to find rhino-hide and tiger-bone pills on the shelves of apothecaries in Vancouver’s Chinatown, and many did a brisk trade in gall bladders taken from bears poached in British Columbia and smuggled by individuals to Asia to sell for as much as $18,000 apiece. After a report by the Washington DC-based Investigative Network revealed the extent of the problem (one dealer offered a discount for 50 galls or more), law officers raided six businesses and seized 191 bear galls. Citing cases like this, Marr persuaded the Canadian Government to proclaim a Wildlife Trade Act, with penalties for traffickers of up to $150,000 in fines and five years in prison.

‘Chinese people are very pragmatic,’ says Marr. ‘They do things to produce results. They will abide by the law if the law comes down on them. Besides, if I work on the law I can affect all of the stores instead of just one of them.’

Not content to stop there, Marr then began the drive for a referendum to outlaw all bear hunting in British Columbia. Though the North American black-bear population is considered ‘healthy’ and the grizzly is classified as ‘threatened’, Marr argues that instituting such a ban when both species are endangered will be too late.

Hunters replied with death threats and racial insults, and obstructed and photographed people who wanted to sign Marr’s petition. In the end his volunteers managed to collect over 90,000 signatures – half of what was needed to force a referendum, but enough to argue convincingly that many wanted bear hunting stopped. Marr called on the provincial government to set aside more wildlife reserves, increase the penalties for poaching and ban the spring hunt, when most poaching occurs.

Now Marr is taking his BET’R campaign around the world. He plans to speak in several North American cities with large Chinese communities and after that in several Chinese-speaking capitals of the Pacific Rim. ‘There have been many articles crying for help, saying that what is needed is a person of Chinese extraction to tackle this problem,’ he says. ‘So here I am.’

Marr knows there will be some risk; organized crime is directly involved in the six-billion-dollar annual trade in endangered species, and it’s certain those involved will threaten him if they they think he’s jeopardizing their business. But after tangling with British Columbia’s hunters, he should be ready.

Ross Crockford is a freelance journalist working out of Vancouver.