I stand with the BC First Nations on pipeline and tankers 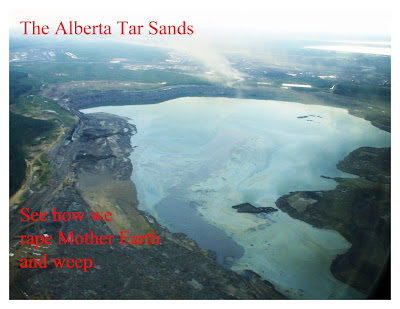 The frontline battle against the Alberta tar sands is the Enbridge Northern Gateway pipeline threatening to pierce the pristine and mountainous wilderness of British Columbia right across to the Pacific Ocean, there to threaten BC even more by ending the long-standing moratorium against tanker-intrusion in BC waters. Therefore, I urge all who care about the health of the planet to pay special attention to the fight ahead in British Columbia, whether you live in or even near BC or not. 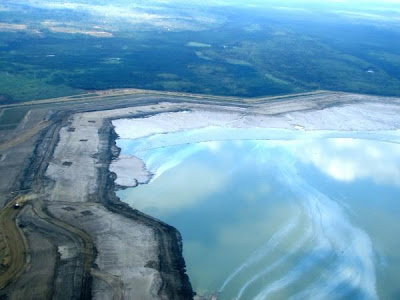 To lay the foundation for you to take effective action from beyond, here is a brief on BC politics. The 4 contending parties are (from left to right):

The Green Party (GP) - left, against the pipeline and tankers
The New Democratic Party (NDP) - medium left, against
The Liberal Party (LP) - centrist to medium right, undecided (fence riding - well, what do you expect from a party named "Liberal", but is in fact medium right? - the wonders of Canadian politics)
The Progressive Conservative Party (PCP) - right, in favour of

This formation is especially relevant at this time due to the upcoming election in BC in 2013.

Currently, the BC population is divided approximately 50/50, with a slight edge against. My mission is to help make it a significant majority. 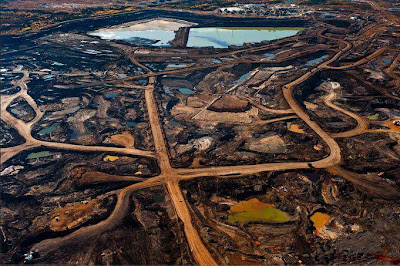 Unlike the Alberta First Nations, which are divided on the tar sands issue, meaning some of them have been successfully bribed, the BC First Nations are unified in their opposition to the pipeline and tankers. There was a hiccup back in January when Chief Elmer Derrick of the Gixslan tribe accepted what amounted to a $7-million legalized bribe and voiced his support for the pipeline in the name of his tribe. Thankfully, other leaders within the tribe outvoted him 28-8, and Gitxsan's official position today is against. Derrick, on the other hand, has been made a high Canadian official to essentially oppose the wish of his own people. So, all in all, the BC natives are opposed to the pipeline. 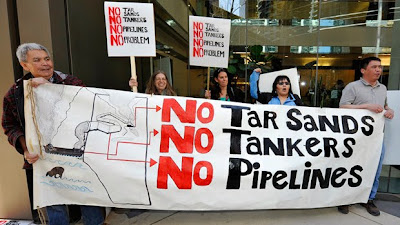 Of course you know where I stand. But I will go further to say this:

I stand with anyone or any group that stands against the tar sands, the pipeline and the tankers. The Canadian government and its Alberta government have had their chance to manage the country and the province, and have arrived at the environmental dead-end of the tar sands, the pipelines and the tankers. Therefore, unless they too change their stand, I will stand with the natives of British Columbia in our joint fight for British Columbia, Canada and Mother Earth. 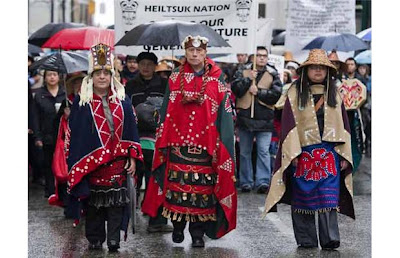 Meanwhile, if you haven't yet seen the video of my 3-hour flight over the tar sands, please see it now:
https://vimeo.com/39298276